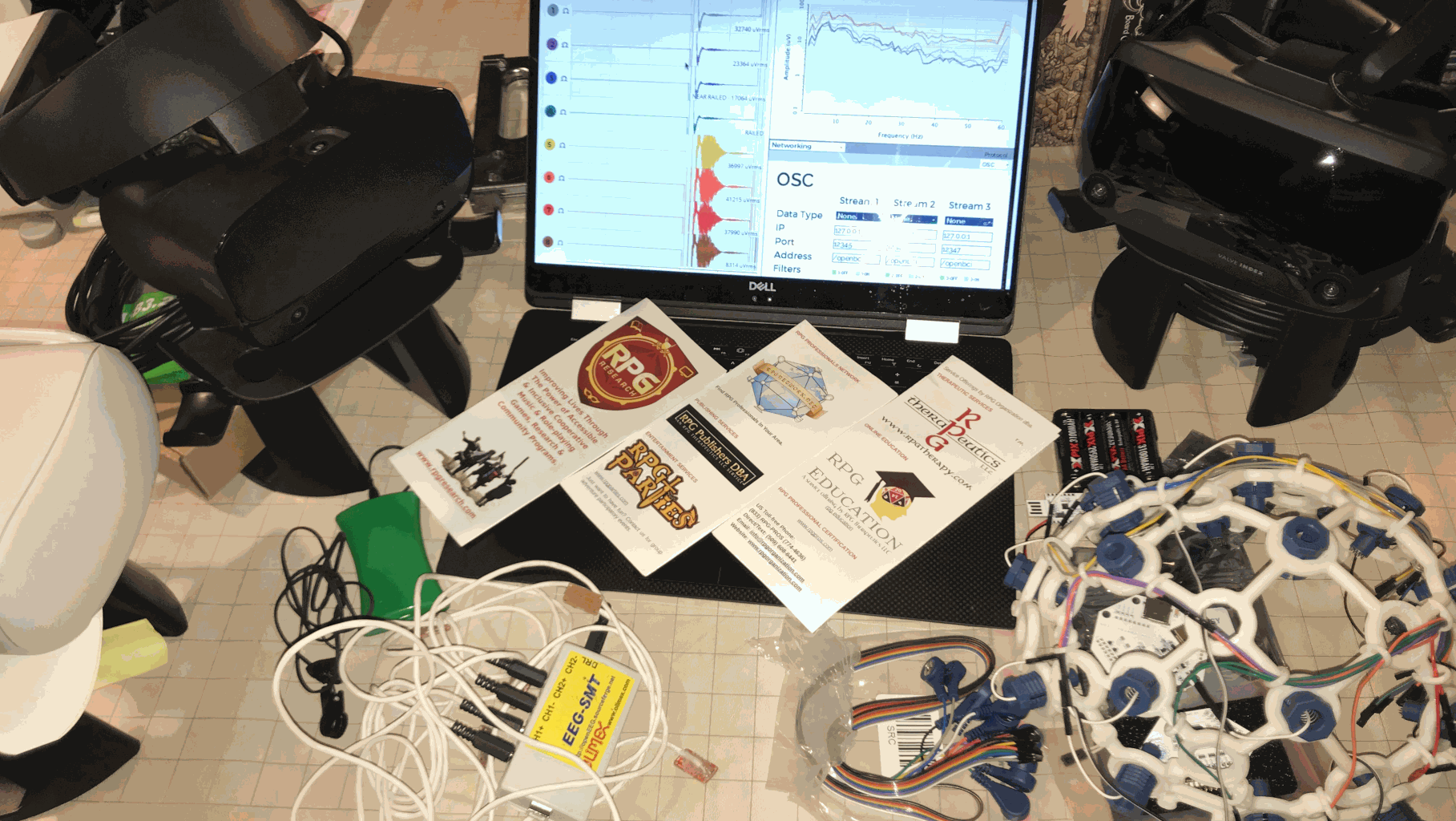 RPG Research is a huge advocate for accessibility and inclusiveness in gaming. Not only through all of our training, advocacy, and accessible mobile facilities, but through our active projects to make gaming accessible to all. RPG Research is a 501(c)3 100% volunteer-run non-profit research charitable research and human services organization. More about RPG Research.

Our founder was first involved with role-playing games in 1977. He also began software development and engaging in the online community in 1979 (through the University of Utah) and various BBSes.

He has been involved with VR equipment since the late 1980s using Amigas (still has working Amiga 2000) and other equipment over the decades.

Experimenting with early AR in the late 90s and early 2000s with early PDAs and "smartphones" long before iOS and Android existed (Nokia, Palm phones, etc), combined with early location and GPS technologies.

Experimenting with biofeedback and bio-controlled devices since 1996 (a la mouse cursor controlled by single fingertip clip for example).

Since about 2005 working on integration of electroencephalogram (EEG) and later brain-computer interface (BCI) equipment with computers, mobile devices, VR, and AR. Experimenting with a wide range of VR and AR hardware and software, including used in educational, artistic, social, and therapeutic programs.

LIS & CLIS - Locked In Syndrome and Complete Locked in State

Our founder was dramatically motivated to try to find a solution for those people suffering from Locked-in Syndrome (LIS) and Complete Locked-in State (CLIS), starting with caring for a young adult in 1990 as a nurse's aide and LPN trainee, at Doxie Hatch Medical Center, and additionally for many others with various injuries and neurological disorders as a habilitation therapist at Hillcrest Care Center.  Ever since he has wanted to figure out a way to use technology to help them reconnect socially, set them free of their physical prisons of the active minds trapped in their bodies, and gain back some of their lives.

The goal, and real-world metrics test, is if someone with profound disabilities, including experiencing locked-in syndrome (LIS) or complete locked-in state (CLIS), can be freed from their prison to engage socially in complex multiplayer social cooperative problem-solving role-playing games.

Program phases and updates on our live streams and Github: https://github.com/RPG-Research/

Ultimate in RPG Accessibility and Immersion

The ultimate in accessibility potential is through the Brain-Computer Interface (BCI) technologies based on Electroencephalogram (EEG) technologies, integrating with AR & VR, (and eventually back into the physical world through robotics), literally allowing a person to interface with computer systems purely with the thoughts of their brain.

Also, when linked with haptics, robotics, AR, VR, and other technologies it is the potential in ultimate immersive experiences.

We have been hard at work experimenting with EEG and BCI equipment with music and RPGs since 2004.

Since 2019 our research and development team have been working on Project Ilmatar - https://github.com/rpgresearch/erpg/wiki - an opensource, online, multiplayer, turn-based, cooperative-play, electronic, role-playing game designed from the ground up for maximal accessibility including BCI control support.

As usual, our projects are little-known, long-running, and have almost no funding. It is thanks to our wonderful volunteers worldwide that we accomplish anything. We hope some day perhaps to have more support financially, but for now we keep leading in innovations thanks to the wonderful efforts of these generous people helping a few hours every week, and we share openly with the world in the truest form of opensource, following our philosophy of "the rising tide of shared knowledge floats all boats" to help improve the human condition globally.

While the software is free, the hardware we have to purchase to realize this technology fully is expensive. We are currently utilizing OpenBCI which still costs from hundreds to even thousands of dollars per headset. The RPG Research board approved $2,500 USD to purchase the full R&D bundle from OpenBCI. We are now working from two directions. The software side and the hardware side, working toward full integration.

We also hope to loop back from the virtual world and integrate robotic devices controlled through BCI equipment to enable participants with disabilities to more fully engage in all role-playing game formats.

We stream the development meetings live each week on Saturdays from 10 am to Noon PST8PDT: https://youtube.com/rpgresearch

If you miss the live stream, Patreon supporters get access to the recorded videos at least a month before the general public as a thank you for their donation support.  https://patreon.com/rpgresearch

learn basics of EEG, bio-and-neuro feedback, and computer interaction, then attempt to replace regular keyboard or other I/O controls for PC-based video game (preferably on Linux due to more flexiiblity of I/O controls) and play game with only EEG and/or bio-monitoring inputs. Start with NeverWinter Nights on Linux. - Complete

Phase 1 - Game design prototype in NWN:EE on LInux with EEG/BCI for I/O

Train new development team on game dev concepts desired with prototype use of Aurora Toolset for NWN. Create new adventure module that will be used as test bed for future prototypes. Choose Shakespeare's The Tempest.. Experiment with controls using EEG and BCI equipment with the Enhanced Edition Neverwinter Nights on Linux.   Complete.

Create from scratch a text-only multiplayer online turn-based cooperative RPG that can be played with only OpenBCI (or similar) equipment. - Currently nearing end of design and documentation steps, and starting actual coding steps. Will use GUI tools with GoDot engine fhe the GM tools, but play must be all TUI and able to be run with the simple inputs of OpenBCI. Use the same adventure bluebrint as Phase 1. - IN PROGRESS.

Migrate BCI tools to work in physical world through robotics and wireless triggers so can interace with combination of AR and physical devices, including manipulating dice roller devices, robotic arms to pick up and move objects, move miniature tokens around enhanced by AR overlaid animation, so LIS/CLIS can play at the same physical table or larp with other players in the same physical location, not just online. 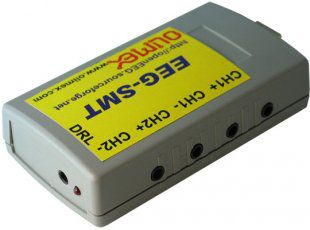 Very rudimentary movement, and on/off menu (or other on/off assigned hotkey) mapped and working. Not sufficient for LIS/CLIS, but helpful for some disabilities. Very high latency and error rate however.

Need greater resolution of signal, frequency ranges, more CPU power. OpenEEG and civilian system power still leaving something to be desired, but getting closer. Not sufficient for AR/VR addition however. 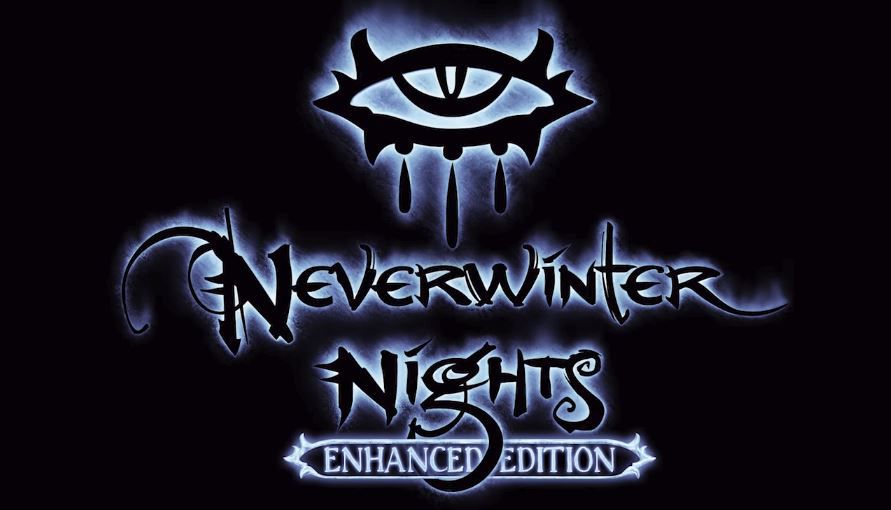 Not using EEG or BCI equipment at this phase. Creating prototype adventure that will be used in Phase 2 onward for baseline R&D.

Is it possible to configure OpenBCI to run this game at, or better than, OpenEEG did for NWN Diamon Edition in Phase 0?

It is not expected that full functionality, or multiplayer features will work. But hoping that the 16-channel higher quality setup may make solo play viable.

Scope and build from ground-up electronic role-playing game (ERPG) that can be controlled by accessibility equipment, especially newer generation EEG/BCI equipment, such as the OpenBCI hardware (among others). 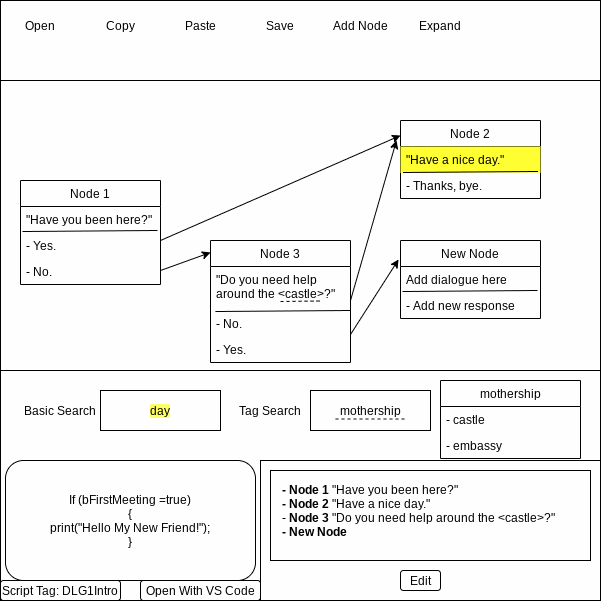 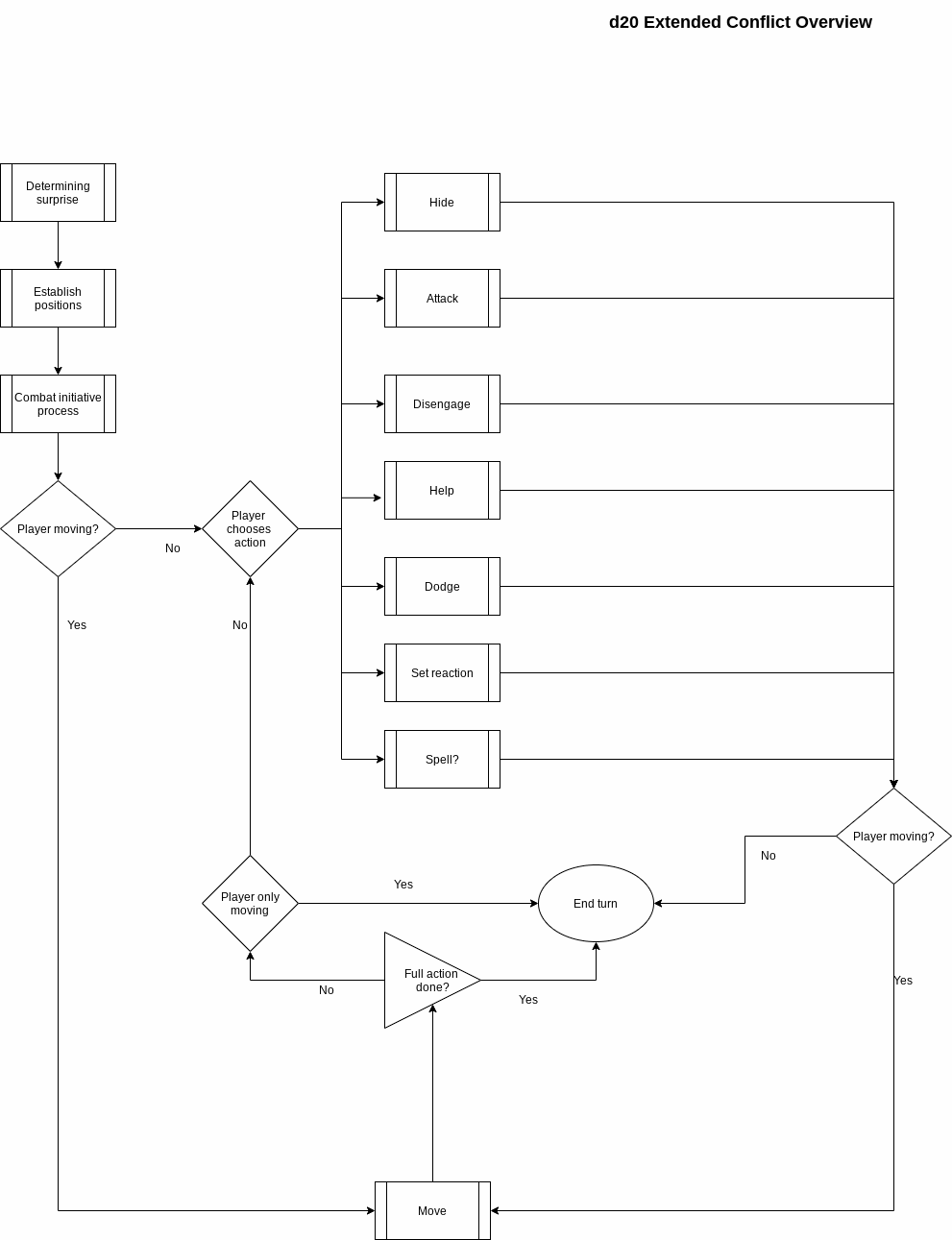 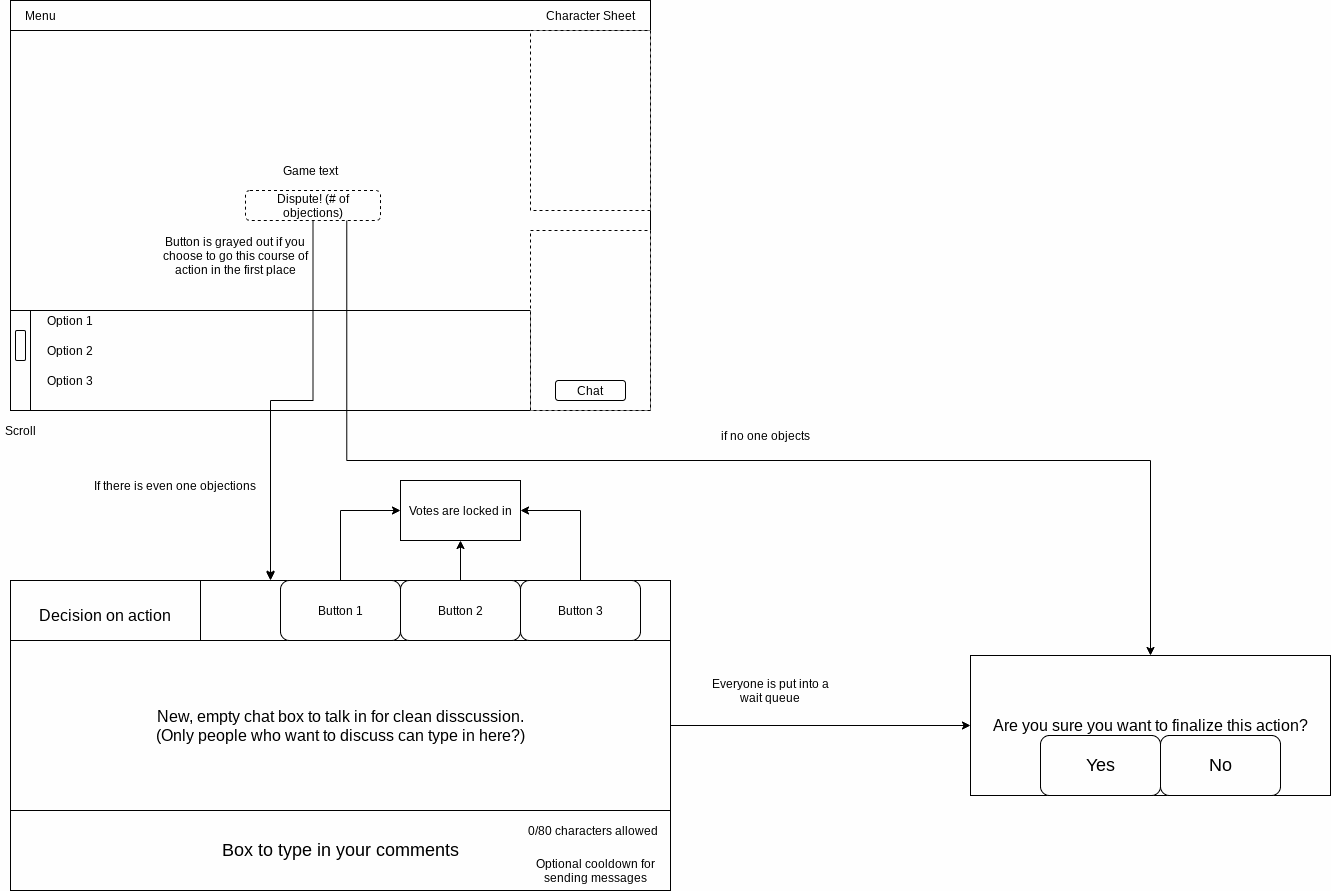 Graphical User Interface (GUI) for server management of BCI RPG. The use case assumes players are in LIS CLIS, but that DM / GM / Therapist or server admin are able to use full GUI for server administration.

The module creation toolset is not designed for BCI or LIS/CLIS users. The assumption is that Game Master / Dungeon Master, Educator, or Therapist will use this toolset to create new custom adventures (like the Aurora Toolset is used to create adventures for NWN).

This requires full graphical tools at this point. (Would love down the road to create a BCI-controlled toolset, but that is much more advanced than our current team is ready for. Hopefully we can circle back to this down the road. 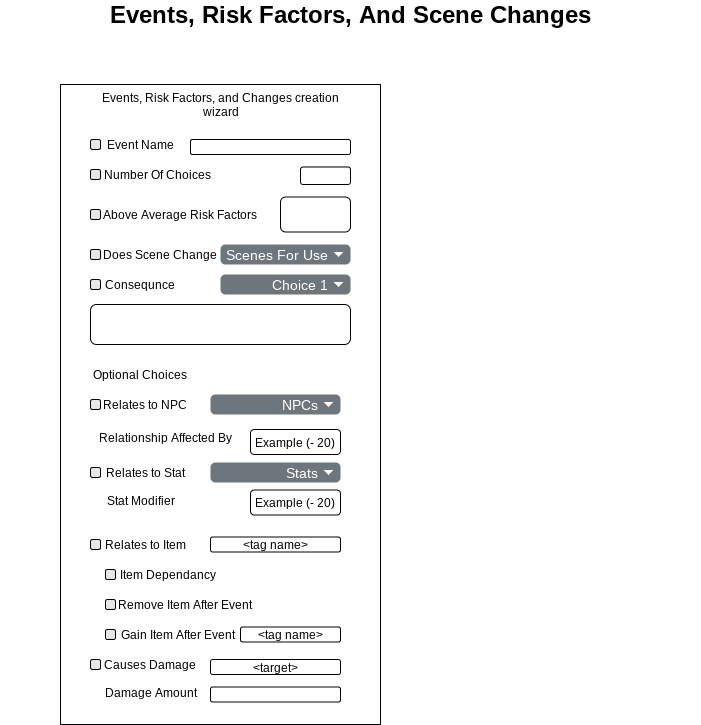 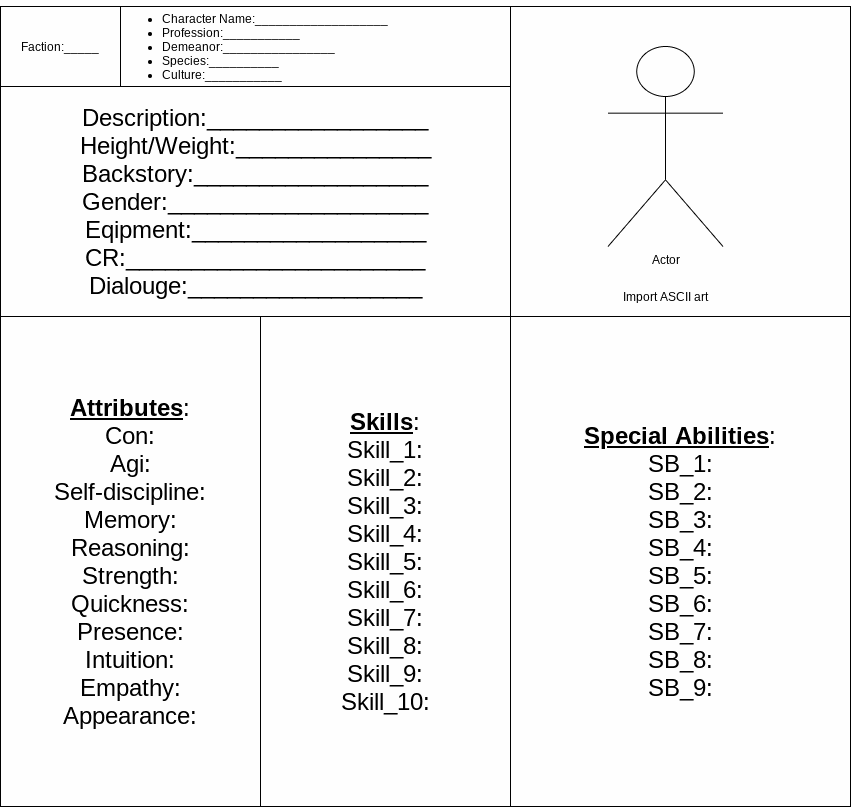 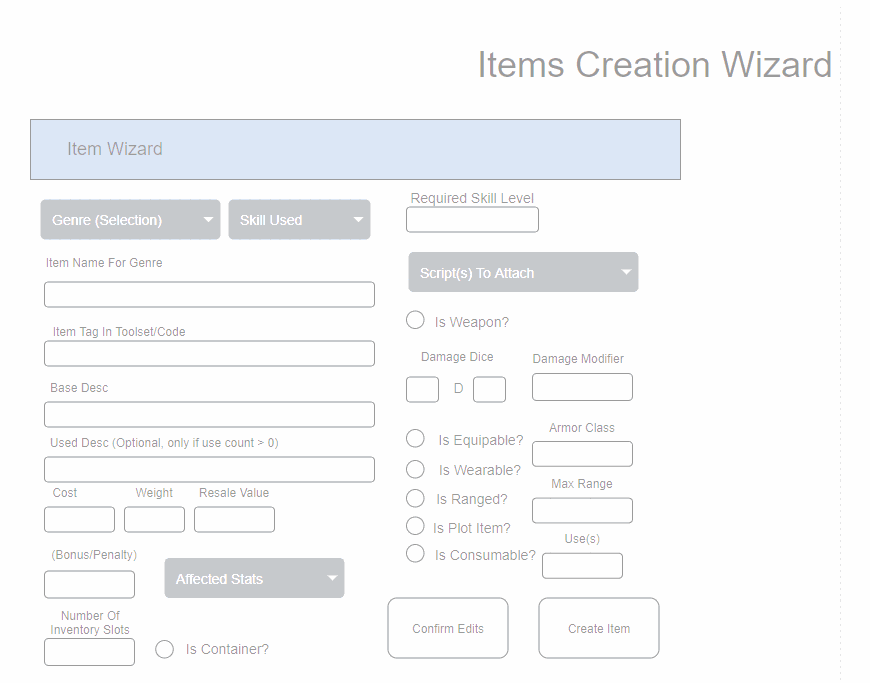 In Phase 2 all the basic play mechanics, and the module creation tools are built.

Add VR integration, motion integration, while still fully supporting BCI play. Include accessibility settings for VR for people with very limited or no physical mobility of their own (various drivers from third-parties hopefully to integrate, do not want to have to develop those drivers ourselves).

Bring accessibility BCI RPG back to the tabletop.

But in a TRPG environment rather than online ERPG (but using the tools and code created for this now more well-rounded continually evolving ERPG as the tools to enable TRPG play).

Your donations mean that more people can have access to our free programs.

Please donate today to help us with these efforts.